The thief of wishes 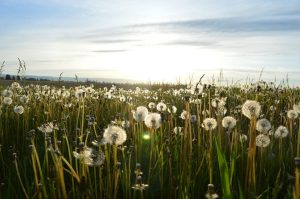 Lola appreciated the light blue sky laying on the soft green grass as she played around with a flower. After school, without wasting a single second, she had fled to her grandparent’s house were they had a gigantic garden full of puffy white flowers. Dandelions were her favorite flowers, she remembered playing with them when she was small, trying to blow off all the petals away.

On her 9th birthday, Lola’s grandparents had given her a very important gift and secret. It was a box, a beautiful little box painted dark brown like her grandfather’s eyes and bright gold just like the pieces of blond hair her grandmother used to have. But this box wasn’t an ordinary one. “If you blow all the petals of a dandelion away, and keep the stem of the flower in the box, your wish will become true, as long as you keep them inside it.” Her grandparents had told her at the same time they made her promise not to share the secret. “One more thing. Just use the box for special and important wishes.” they added. Of course, she didn’t believe this weird legend of making wishes come true, until one day, after not studying for an important exam, she decided to use it as a proof. The next day, she discovered this wasn’t a game. The exam grade stated this: she had gotten an A+.

Lola checked her watch. It was already 10:00 pm! She should stop dreaming and head home. Lola took her bike, said goodbye to her grandparents and in two minutes, she was at home. Since it was late, she decided to go straight to bed.

At around 2:00 am, a noise woke Lola up. Lazily, she opened her eyes to see a silhouette standing at her night table right were she normally kept her wish box. The wish box! In a jump, Lola stood up and went running to the thief right when he/she had taken her box. She ran and ran trying to catch the thief until it was just impossible to follow him/her. Suddenly, the thief turned his/her head around and Lola saw the eyes. Those eyes… Those dark brown eyes… They were just too similar, Lola couldn’t help realizing. “Grandpa” she whispered shocked.

I’m sure you all have wonderful and super creative minds, so don’t leave Lola alone wondering what’s going on! Help me finish the story and help Lola figure out why her grandfather stole the wish box so the mystery can be solved. Let’s go!

Blogs to check out! 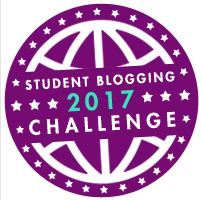